This is a short story that i just submitted for a writing competition. The requirement was a horror story under 1,000 words with the theme – “Red Xmas”. I hope you enjoy it. 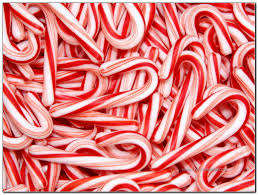 Each Christmas I find it more difficult to decide what I want. Many people get completely wrapped up in the holly and mistletoe, the lights, and all the other traditions. I haven’t felt excited for Christmas since I was much younger. For many years, the most exciting part for me was a pack of new socks that I would give myself each Christmas. I don’t want to sound pathetic, and I definitely don’t want to reminisce. Actually, I need to warn you. I don’t want this to spoil your holiday season, but I really think you should know. I will try to keep it short.

I heard this story just recently, but I don’t think it is the first time that it has happened. It goes something like this:

It’s just a few days before Christmas on a particularly cold night. Needless to say it is almost always dark this time of year, this particular night is no exception.  A man sits at home and hears a knock at the door. He answers. Nobody is there, but an ornate box is sitting on the doorstep. It’s about the size of a shoebox, but made of dark-stained wood. A big, golden bow sits on top of the box. It looks like it fell right out of Santa’s sleigh. The man picks up the unexpected item and brings it inside. When he opens the box he finds a soft, red cover made of velvet. He moves the cover to find six candy canes. He has seen a thousand candy canes before, but not like these ones. These aren’t the cheap kind from the grocery store; they are larger and look to be made by hand. Each one is a small work of art, perfectly smooth and polished. The thick crimson swirls are a brighter shade than he has seen before. The stripes are straight and uniform, but looking closely, the man can see the slight texture left by a brush. It appears that each stripe has been painted on by hand. A handwritten note explains the purpose of the gift in elaborate, black font: “Please accept this humble gift in recognition of your outstanding citizenship and many good deeds. You are an example and an inspiration to those around you. I want you to know that a lot of thought and effort goes into each one of these treats.” It feels good to know that his benevolence has not gone unnoticed. He put a lot of time into organizing a food drive for the local shelter this year, and he was a dedicated member of the community council. He had also helped the family down the street get their adoption papers through when they ran into challenges, but only that particular family knew about that. He didn’t do any of those things in hopes of being recognized, but it was still nice that someone had noticed. He puts the gift on the coffee table in the living room. He is not a big fan of candy canes, but the elaborate box and the note are worth keeping. Then he returns to the movie that he was watching with his family. His wife tries one of the treats the next day, and after hearing her rave about them the man also has one. They decide that this particular treat is too good to share with the kids, so they move the box up to their bedside table, where they disappear one by one. By the end of the week the candy canes are gone.

You might ask why I feel that I should warn you about this. What’s the harm in receiving a nice gift? Well, there was much more to that gift than there appeared to be. There was something horrible inside that box. The man that received it had no way of knowing that his reward was the work of a deeply disturbed individual. The note read “… a lot of thought and effort goes into each one of these treats”, but it did not disclose the insanity behind those thoughts. The bow and the box were beautiful, but insignificant. The polished, white stalks of the canes were carefully crafted, but held no secrets. The red stripe was the critical component of this sinister gift. The candy-maker had no malicious intent in preparing this gift, only genuine respect and admiration for the recipient. His intention was noble, but the mind of the candy-maker was severely warped. The main component of the crimson paint used for the stripes was very hard to procure. Harvesting the fluid required extensive planning, and significant risk. In the twisted mind of the candy-maker the “thought and effort” involved in finding and locating a specific and appropriate source for that red fluid was essential to the nature of the gift.

The candy-maker insisted that his special gift could not be given to just anyone. He searched for several months until he learned of a man who had recently lost his youngest child in an accident. The term “accident” was a misnomer. Father and son were driving to church when they were hit by a man in a stolen car. The man who hit them had so much cocaine in his system that he was able to stumble away from the accident, but left his victims pinned in the wreckage. The father survived, the child did not.

To keep the story short, I will just say that there was enough evidence from the investigation of the crash for the candy-maker to track down that murderer several months later, but not enough for him to be arrested and convicted when he killed that little boy. Oh yeah, he did a lot more than just find the guy! The mind of the candy-maker was demented, but sharp. He watched the killer long enough to know the perfect place to drug him and take him away. The candy-maker was not a phlebotomist by any means and he had it in his mind that it would be best if the “donor” was alive when he drew the man’s blood. He was tied up, gagged, and beaten but the donor struggled enough that it took a dozen tries before the needle found its place in a suitable blood vessel. The floundering continued and the whole process ended up very messy. The candy-maker spoke only once: “Do you know the symbolism behind the candy cane?”, but the donor didn’t seem interested in the discussion. The candy-maker got what he needed – much more than he needed as it turned out – but he hadn’t decided what he would do with the donor up to that point. He thought about it for several minutes then decided that it would diminish the meaning of the gift if the murderer were left alive. That was something that he could not accept. The gift had to be perfect.

There were a few additional ingredients to enhance the shine and luster of the final product, then the specially formulated paint was applied to the brilliant white canes. The final product was stunning! The recipient would never know the deeper meaning behind this gift, but that wasn’t important. The candy-maker truly believed that it was more important to give than to receive.

You probably wonder how the candy-maker became so twisted, and what motivated him to create such a reprehensible gift. Well, that is a much longer story. I know for a fact that this was not the first, nor would it be the last gift that he created. You might be curious as to where I heard about this story, or how I learned so many of the specific details. That will also take much more time to explain, but I can tell you that giving myself new socks is no longer the most exciting part of the holidays.